Merry Christmas to everyone around the world.

This Christmas, I was fortunate enough to make it down to Victoria, Australia and across to the beautiful city/township of Bendigo to visit the Golden Dragon Museum. 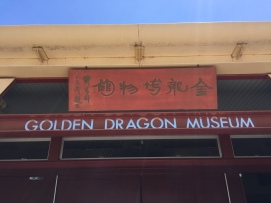 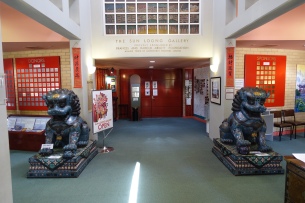 I have been following them closely on Facebook for some time now and am always really excited to see their updates on their dragons and lions they have in their collection as well as the many invaluable photos they have of said dragons and lions in action. These tell a fascinating story  of the Chinese people who settled in Bendigo past and present.
Whilst I was there,  I was fortunate to meet Anita Jack and Leigh McKinnon who were so kind as to meet me and show me a behind the scenes look at the exhibits and for that I am ever grateful.

So let’s get down to the nitty gritty of some of their cool exhibits.

There is  Loong, a more than 100 year old well preserved dragon that has been heritage listed by the Victorian Government. This is a dragon that has seen China move from the Qing dynasty complete with officials wearing Mandarin robes to the modern era. What I love is that there are photos documenting this dragon through the ages and it really puts into context how old he really is. 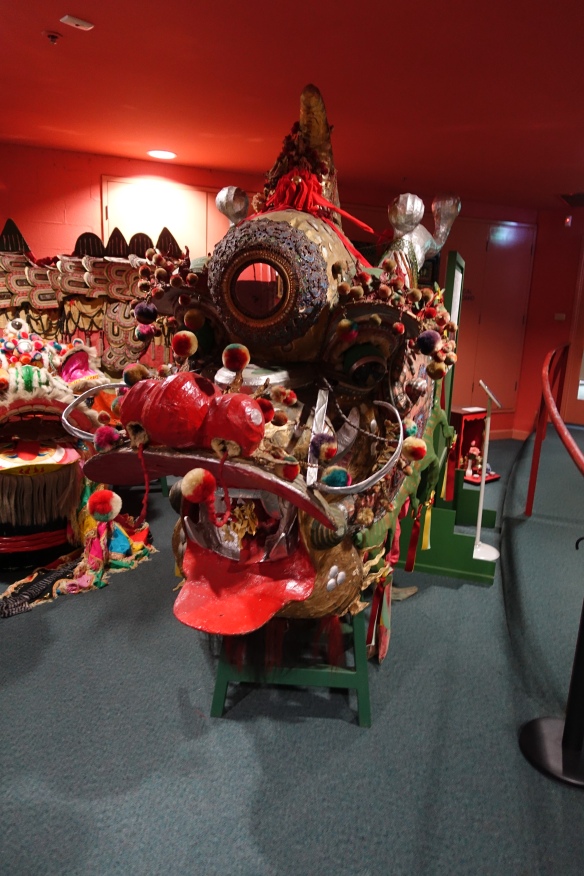 There is Yar Loong, a beautiful dragon who sits pride of place in the museum. He has been involved in momentous occasions as seen by all the photos of the processions he has been in. He sustained some damage but has been faithfully restored by some local artisans to the point where you wouldn’t even know he was over 50 years old. The craftsmanship that was involved to make him is incredible and his colours are still so vibrant. 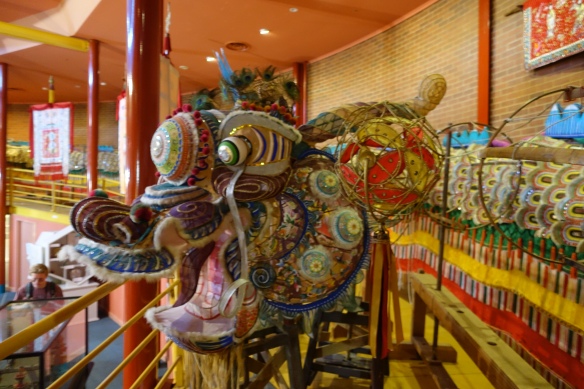 There is Sun Loong, who sits pride of place in the main part of the museum. Sun Loong is almost 50 years old and is still on active duty dancing in the annual Bendigo Easter Fair. He  was made by the famous Hong Kong Craftsman Lo An of Lo An Kee fame and is one of the world’s longest procession dragons. He has even met royalty having paraded for Prince Charles and Princess Diana during the visit to Bendigo in 1983.
It is incredible to see the craftsmanship that has gone into make a living, working piece of art that is not only visually stunning but has stood the test of time and has survived years and years of parades.
My understanding is that Sun Loong will be retiring in the near future so get yourself down to Bendigo this Easter to see him in action before he is retired for good. 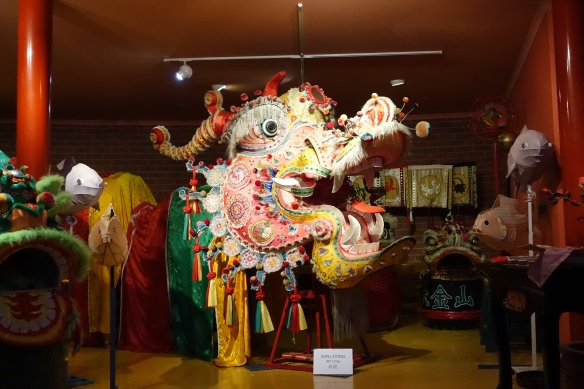 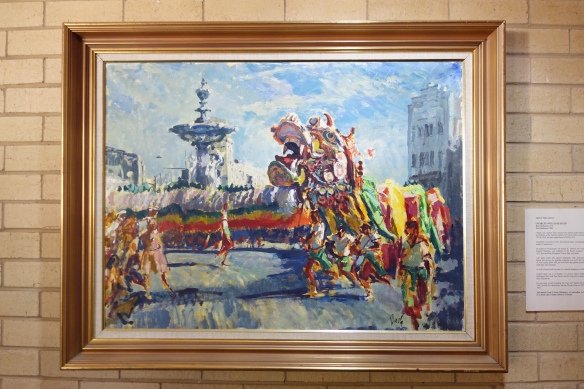 For the lion enthusiasts,  you’ll also be excited to know that they have a well preserved collection of at least 8 or 9 Lo An Kee lions on display. There are a number of Cheung Fei lions and Lau Bei lions. I was lucky enough to be able to get up close and personal with these lions and all I can say is wow! The craftsmanship of these lions- from the construction of the frames through to the paper mache and the paint work is something that is not commonly seen today. Everything just speaks quality. The paper mache hasn’t cracked and the paint job hasn’t chipped and they still feel as sturdy as when they were newly made. Also the interesting thing about some of the lions is that the speak of differing periods in Lo An Kee manufacturing. The paintings on them all differ somewhat in their patterns. These lions are all well over 20 years old, yet I can guarantee that they would still probably stand up to the rigors of another parade and more.

On display in the museum are other bit and pieces that are associated with lion and dragon dancing that are worth a mention. There are banners, and flags, drum carts and leggings. 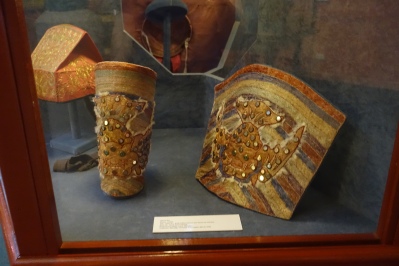 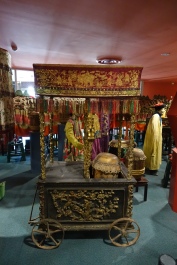 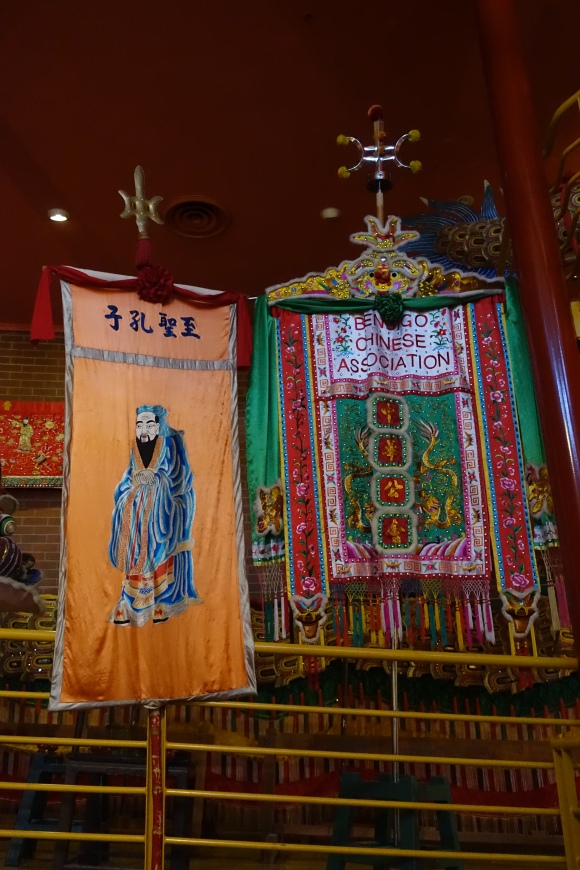 And how can I not mention this lion?  There are some old black and white images of this lion in action dating back into the 1960s which makes him OL….. ..wise! His tail still exists too and it’s so fascinating in that the little metallic discs are made by little hand-cut pieces if mirror in either circles or hexagons. Talk about attention to detail! 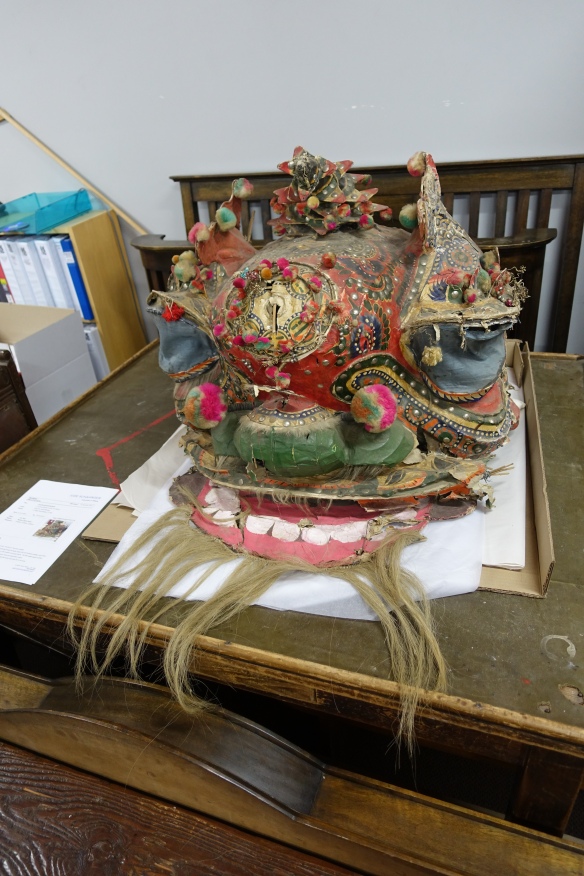 There are numerous other exhibits in the museum that I haven’t had the time to showpiece so if you’re around, do check out the place.
And if you’re also around the Melbourne area in Easter, do stop by because their parade and show is huge!

On a deeper note, I think “we” are fortunate enough that such a well preserved and intact collection exists in the one place. Most lion heads, or dragon heads for that matter generally wouldn’t survive past 20 years. The Chinese ritual of “retiring” lion heads (burning the heads to send them back to the afterlife) must’ve gone amiss here but it is to our benefit. The museum has a wonderful team of volunteers, historians and research staff who are spending countless hours trying to document, preserve and discover more and more of these treasures for us to continue to enjoy and their hard work is duly noted. Their work even extends beyond the collection in Bendigo to other older Chinese settlements around the world such as in Marysville in California, USA.

To end off on, I understand that the council of Bendigo through the Bendigo Chinese Association/ Golden Dragon Museum are looking into commissioning the construction of a new dragon to replace Sun Loong. Given the pedigree of dragons already in the collection, I can only imagine how great the next dragon will be. They are already in the process of meeting artisans in Hong Kong to see who might be the best match so watch their space!! 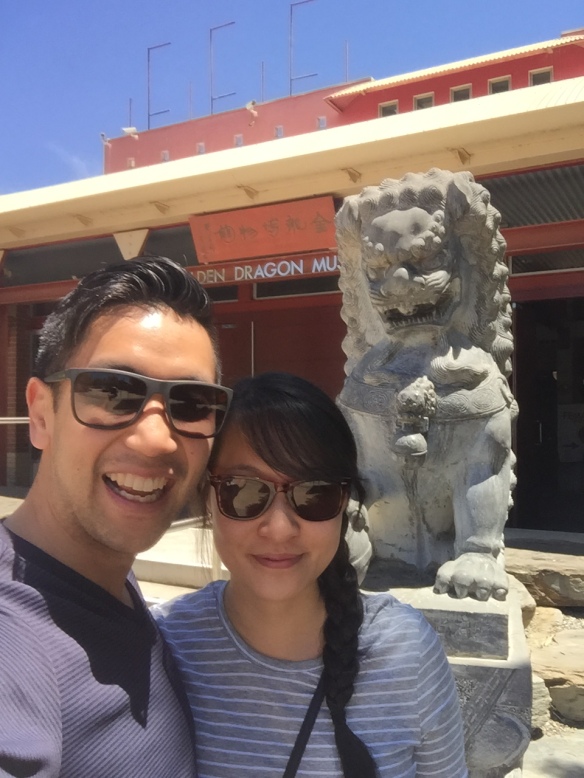