This new year has been another cracking one for all the lion dancing teams in Sydney. Chinese New Year fell on Tuesday the 5th of February. The performances on Sydney started the weekend before and will continue through until the 17th. This year I was lucky to catch a glimpse of a few other teams in Sydney and got to participate in a few shows myself with the Australian Dragon Style Kung Fu Association. Unfortunately, I didn’t get to see any of the Melbourne teams perform. One observation I’ve made for the Melbourne celebrations is that they seem to start early! Like St Albans kicking off their lunar new year celebrations on 6th of January which is almost a month ahead of the new year and Richmond belting theirs out almost 2 weeks before. Maybe the Melbourne teams can shed some light on that for me.

First off the mark for me to see is Trung Han Qun. They did a wonderful performance for the Canley Heights Lunar New Year Festival. They brought out their LED dragon and a tonne of lions for a show that certainly delighted the crowds. I also caught a glimpse of them on New Year’s Day performing for the banks in Cabramatta. They were pretty much all over Cabramatta in the past week tearing it up with their beats. 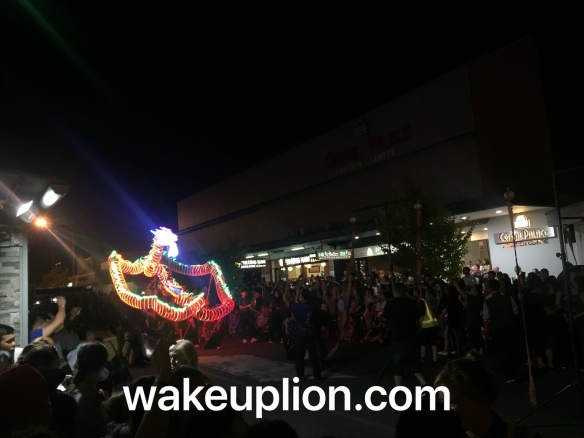 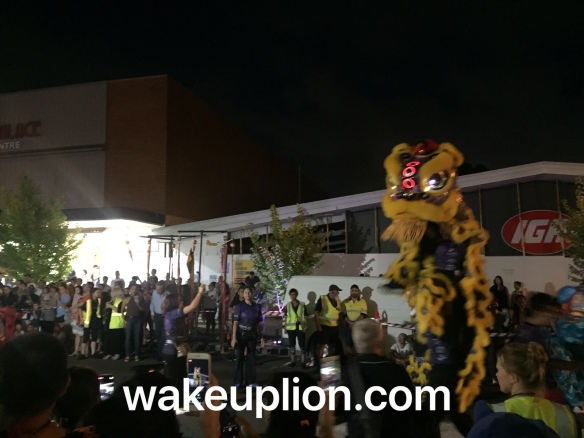 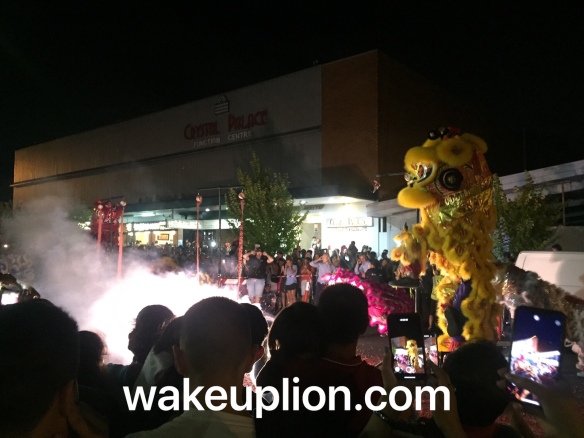 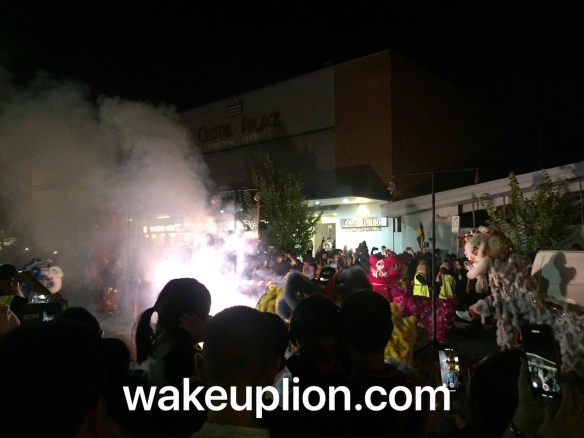 I got to see their two lions prancing around John Street Cabramatta.

A new team to the area. From my understanding, they’re a part of the Ming Yue Lay Temple (the massive Chinese temple in Bonnyrigg). I didn’t get to see any of their formal performances but I stumbled upon on their training session for the CNY eve performance at the temple. 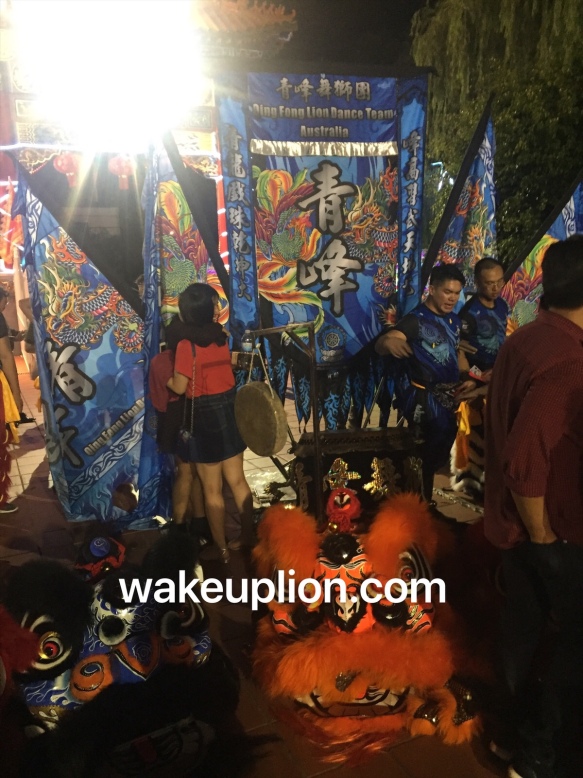 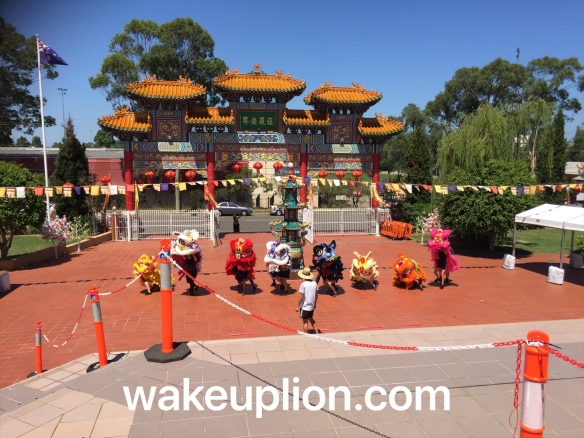 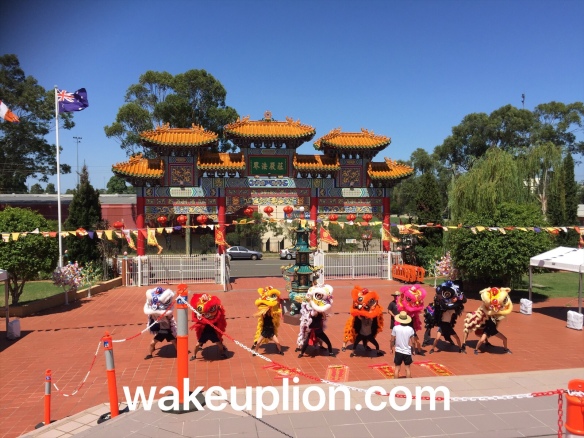 They’ve kept their performances going at the Kwan Yin Temple in Canley Vale on CNY eve for as long as I remember. They had a few lions out dancing with the firecrackers on New Year’s Eve night and then kept the metallic gong dinging away in Cabramatta and surrounds over the rest of the New Years period. 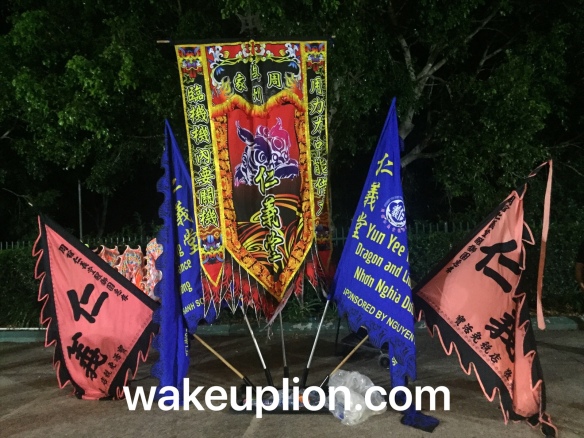 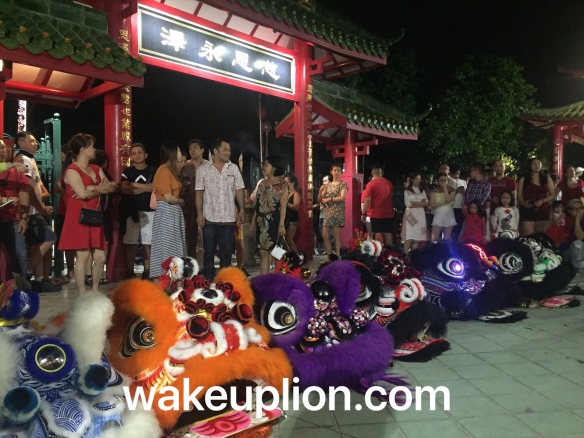 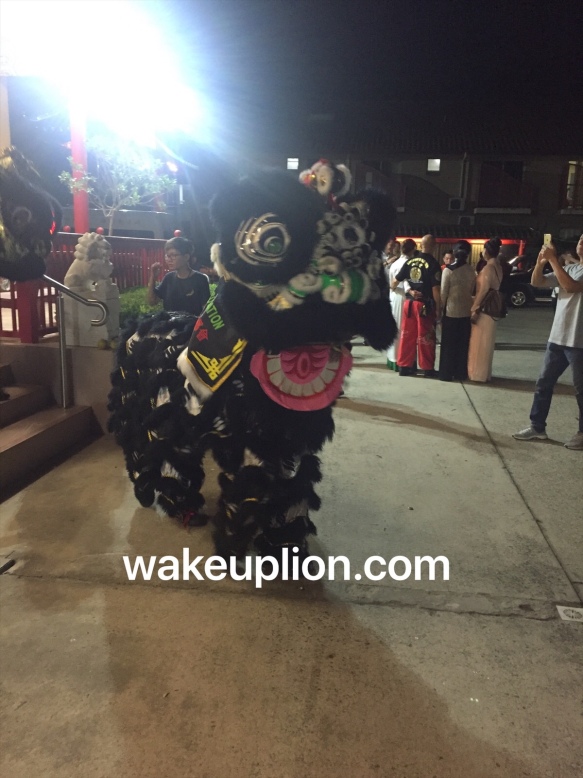 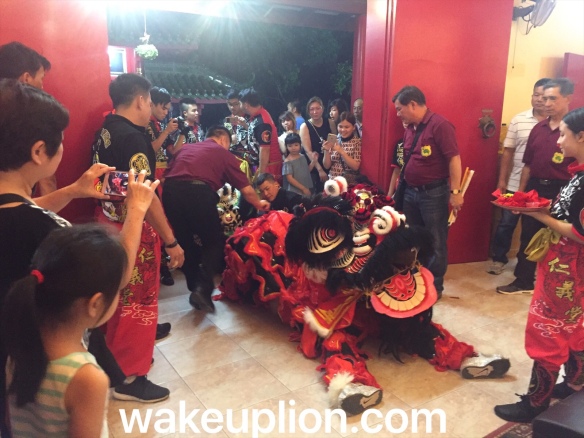 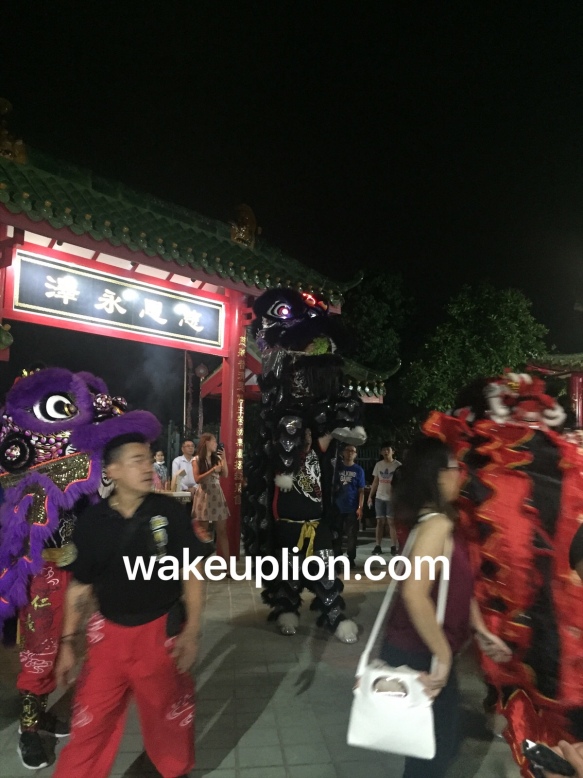 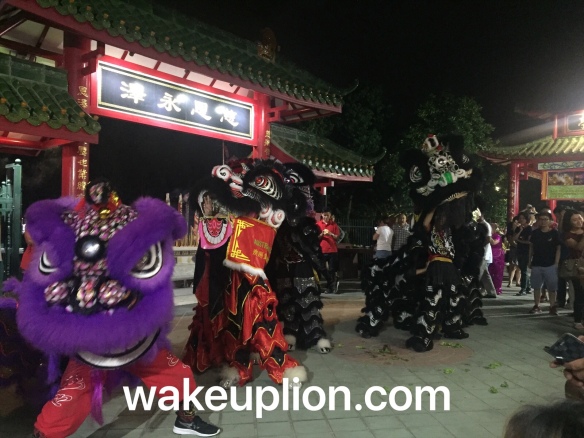 I thought this was a cool shot of them tossing the greens. 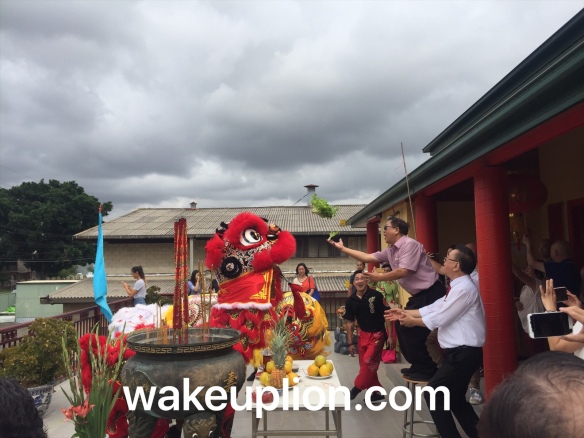 My Sifu founded the Sydney branch of this school back in 1988. My Sije Linda revived the club a few years back and it has been growing in strength to strength. They’re still based in Cabramatta after all these years but the club has now relocated to the Cabramatta PCYC so check them out if you have the chance. We had a number of performances around Sydney where we could showcase our lion dancing skills.

Not quite jongs but the box jump is real! 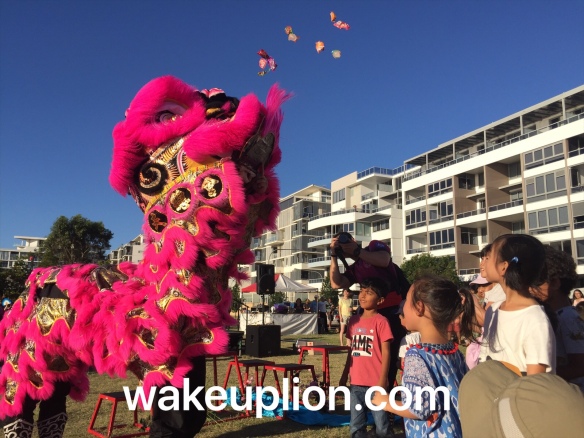 I was lucky to catch these guys perform at Darling Quarter. They did a very neat job with the amount of people they had. The team worked so well together to keep substituting to make sure the dancers were fresh. It was good to see quite a few of them knew how to drum, play the cymbals, dance the head and do the lifting! 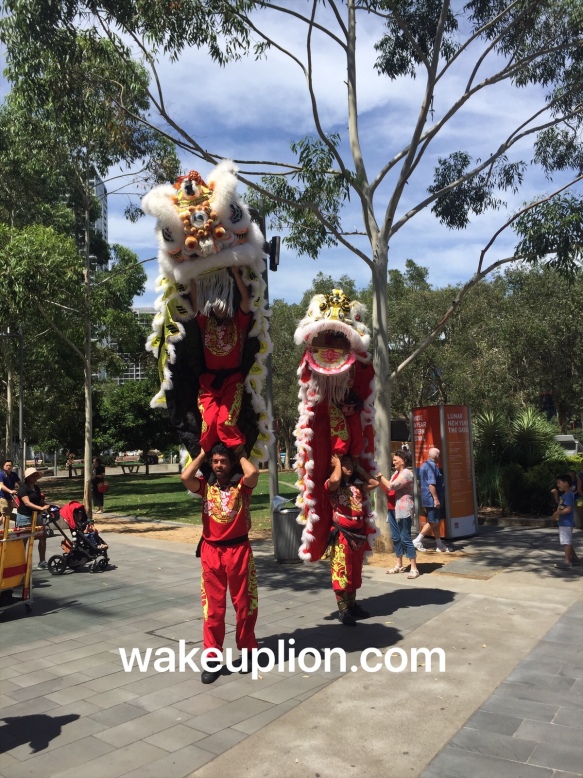 These guys always draw a crowd. I didn’t manage to see a lot of them this year but the little I did see of them was great! As always great lion beats and good to see a huge fraternity of the various Sydney Choy Lee Fut schools coming together for their annual Chinatown parade. 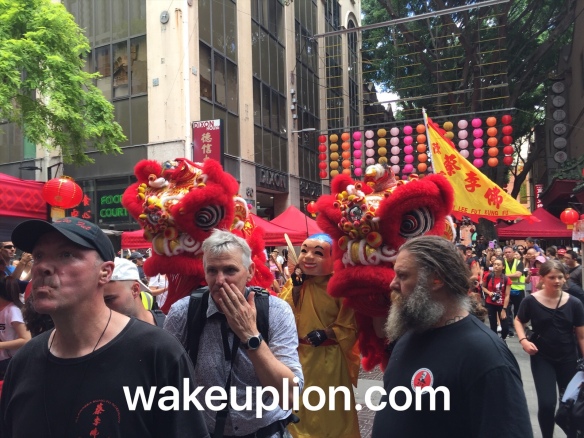 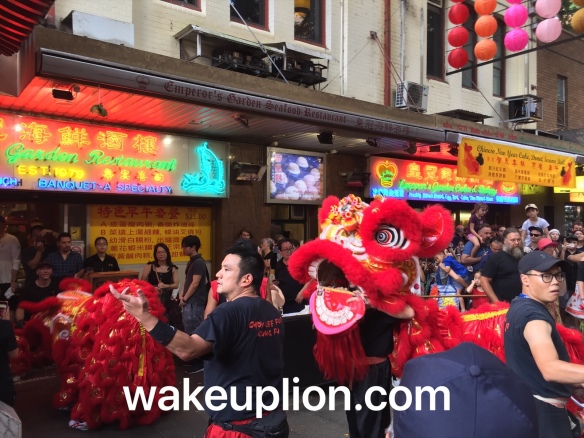 Not quite lion dancing but I thought the Chinese New Year decoration at QVB was awesome. It was a cherry blossom tree but instead of cherry blossoms they were made up of little stuffed pigs