Happy Chinese New Year of the Snake to everyone! I hope everyone had a joyous fun-filled Chinese New Year filled with lots of family, good food, laughter, and red packets!
For those of you who were involved with performances to celebrate the occasion, I hope all your hard work with training and preparations paid off and everyone had a good time with no mishaps. For those of you who watched all the great performances, I hope you take away lasting memories and remember that many of these people put in blood, sweat and tears into getting everything right for the show.

Being in Sydney, there have been plenty of celebrations everywhere! Of course, my home town of Cabramatta has been buzzing with activity since Chinese New Year Eve. The smell and smoke of incense has burned my eyes as families pay their respects to the deities and wish for a healthy and prosperous new year. There were plenty of lions and firecrackers to be heard across the larger Chinese and Vietnamese temples and fireworks to keep the noise going. 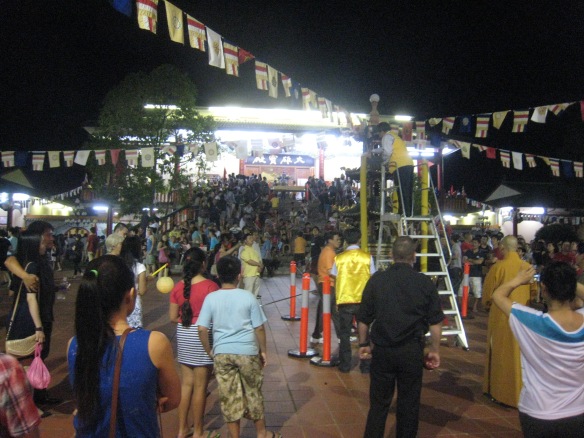 Fireworks above the temples

This is a link to a clip I put up on youtube featuring some local lion dancers at the above temple.

Then there has literally been non-stop lion dancing and firecrackers around the streets of Cabramatta as teams of lions scare away evil spirits and bless the shops with good fortune. Our team, the Dragon Style Kung Fu and Fitness Association had an awesome two days of lion dancing on the 16th and 17th of February. For a team that consisted of only five people who had previous lion dancing experience and the remaining 15 people with no experience whatsoever I think we did an incredible job.

There was a plethora of other teams on show those few days including Yun Yee Tong, Sydney Indochinese Youth Sports Association, Wu Chu Association, and Dong Tam. I hope those guys had a great time. It was inevitable that teams would bump into each other while dancing and we had a “Wui Si” (meeting of lions) with Sydney Yun Yee Tong on one of those days. A great spectacle to watch by all those who attended.

Here are some photos of the day: 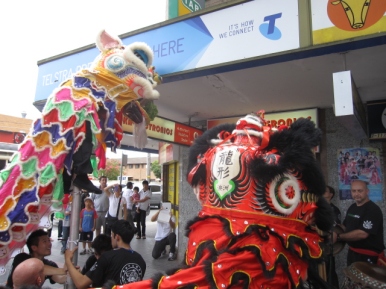 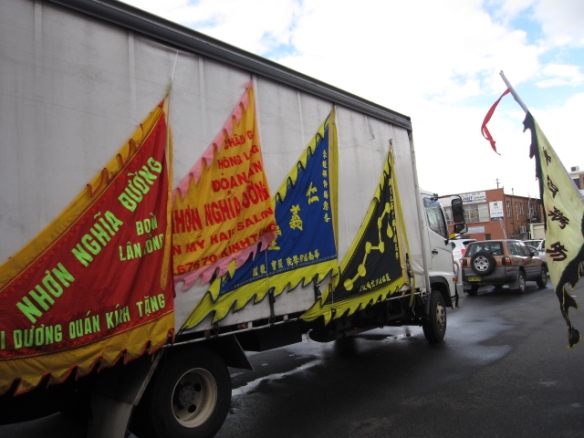 Look what we found! Walking past Yun Yee Tong’s truck!

Meeting of the two teams. I’m sure there are some better photos/video footage so I’ll try to dig some out and post it up.

Actually the celebrations started one week earlier at Fairfield Showground where the annual Cho Tet celebrations are held by the Vietnamese Australian Community to welcome in the Lunar New Year. Unfortunately, the rain didn’t do any favours but the appearance of Prime Minister Julia Gillard alongside the Leader of Opposition Tony Abbot showed how important the festival was. Again lots of lions, firecrackers, singing, and heaps and heaps of food! 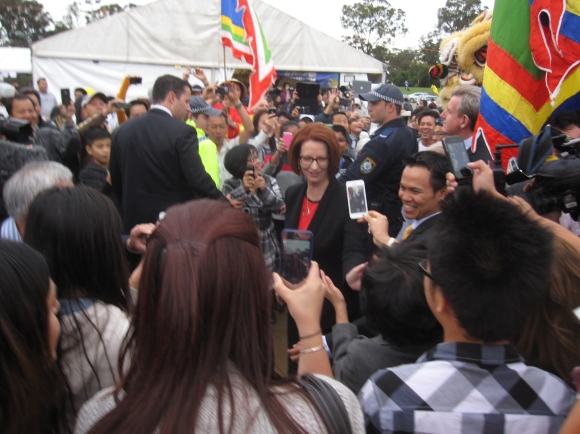 The celebrations continued across Sydney with celebrations in Chinatown, Cabramatta, Canley Vale, Canley Heights, Bankstown, Campsie, Hurstville, Chatswood, (soon to be Eastwood coming weekend). There was the annual City of Sydney Twilight Parade featuring thousands of performers and including a massive dragon, a massive lion, and an awesome massive helium balloon dragon!!!!!!

The dragon’s head is raised by a large helium balloon.

Huge lion; it needed up to 6 people to carry just the head.

The celebrations aren’t over yet! There are still performances to come in Eastwood this coming weekend the 23/2/2013 as well as lion dancing in Chinatown and Dragon Boat racing.