How can I Wake Up Lions when I ain’t making any!?!?! I’ve been MIA since my last lion head creation but recently, I’ve been itching to start making and fixing heads again and have decided to start on a new project. This time, it’s a bit of a double project.

As you may or may not have figured, I like my old school lion heads. You know… the ones with bristle fur, lots of pom poms, long tails, and the ones that get involved in lots of fighting in the movies. You know the ones I’m talking about.

So what better way to pick up where I left off than trying to replicate a 聯發样 (Luen Fat Cheung) lion head, and fix one up whilst I’m at it.

I’m quite lucky actually to be part of a school that still has two beautiful examples of 聯發样 lion heads. And both are so well made and well preserved that one is actually still used in performances. Think about it, a lion head that was made more than 20 years ago that is still able to be performed today. Actually, I lied. One head is about 24 years old and it’s a bit battered but still in very good condition and the other is 17 years old. In any case, I think you’d be hard pressed to find lion heads nowadays that would last up to 5 years let alone 10 years worth of performances. I think it’s testament to great craftsmanship and a quality product and a time when each lion head was treasured. Gone were the days when each lion head was a symbol of the school and everyone in the team took great pride in looking after them. You’d look back at photos of certain lions and say,
“Hey I remember that lion, we had a great time parading him on new years. Or I remember dancing that lion, it was damn heavy. Or I remember that lion, we danced it on ____year when it rained and ……(insert joyous memory here)….. ” These lion heads were meant to last and when you saw that lion head on the street, you immediately new which team was performing on the day. Nowadays, it’d be quite common for you to see lion heads replaced almost on a yearly basis and as a result, a lack of respect on each individual lion.

Anyways, back to the lion heads. One thing I really love about 聯發样 lion heads is that they age! I don’t know how to explain it but looking at the pictures of the lion head when it was freshly bought compared to what it looks like now, it feels as if the lion head has grown old with time. (I’ll put up some pictures to show you). Maybe its the droopy eyes or the paint not being as fresh but I think it really gives the lion a touch of finesse. It may not look as fierce as it once did but it still retains that “presence” that I just don’t find with a lot of the current lions.
Another thing I like about the head is the simplicity of the design. It’s beautiful in how minimal it is yet still retains a lot of that artistry and character. The paint job is quite different to modern day Malaysian and Singaporean lion heads and even Hong Kong/Chinese style lions that are trying to go back to the 1970s and 80s roots.

So without further ado, here are a couple of pictures. 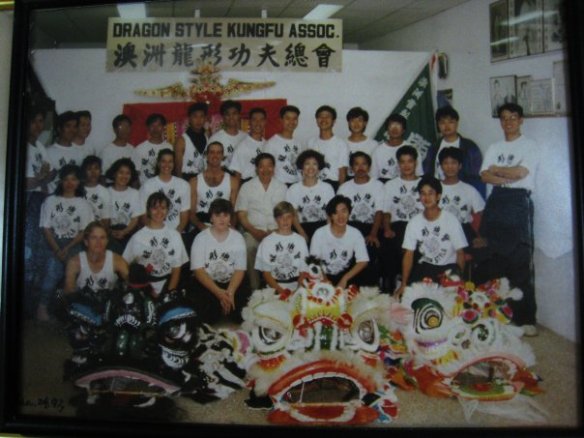 What it looks like today. Pretty good condition hey? 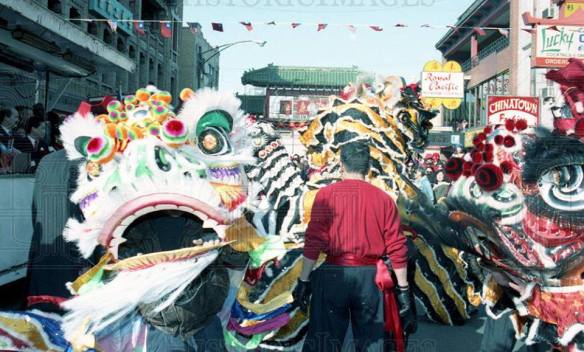 Disclaimer: That’s not our team! But a great picture of a LFC head nonetheless. You could have mistaken they are the same.

And a picture of our other 聯發样 lion. He’s still going strong. This one actually came with sheep’s fur. I guess even the artists of old had to adapt somewhat to modern times. But even then, he looks mean!!