More colours go on and the lion is starting to take on some life.

I should note that the painting was a bit all over the place. Zoe got excited and started going ahead painting the details in before she got the base colours right. There’s a few bits which you can see which look quite messy, where she’s painted over sections roughly in prepartion to fix it up afterwards.

Note along the cheek, zoe had initially painted in the black spikes but painted over it to get the base blue colour right 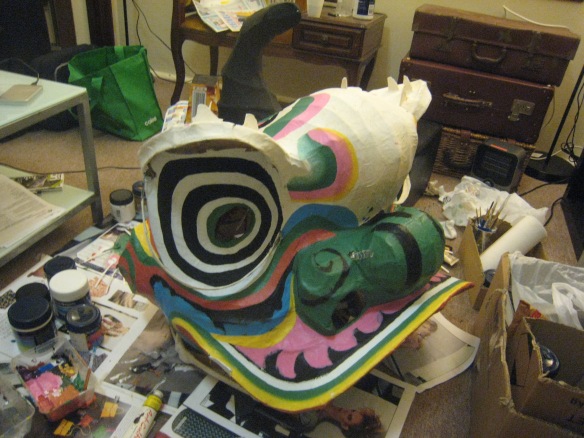 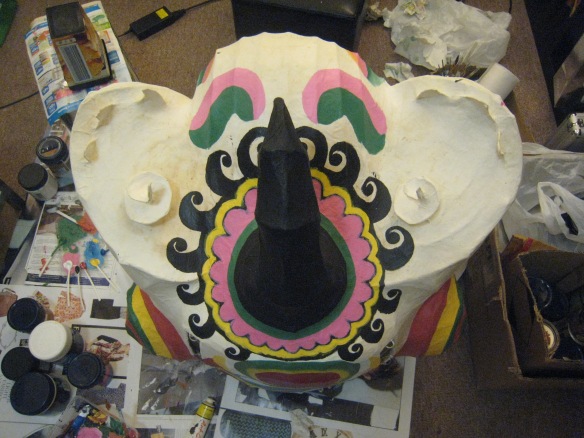 By this stage, Zoe had decided that she would put the detailing in a bit later and get the colours right so you’ll see certain sections like the black swirls around the nose and the spikes along the top lip with unclean lines. 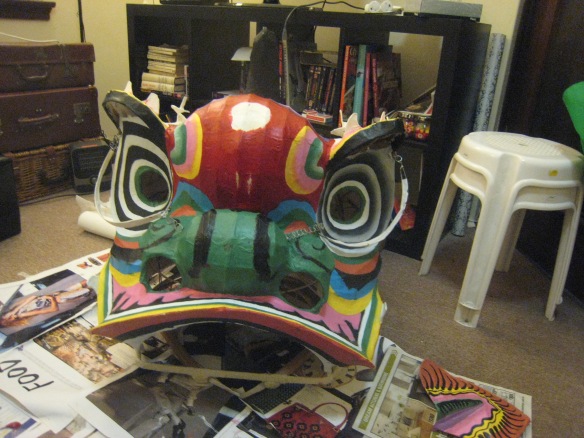 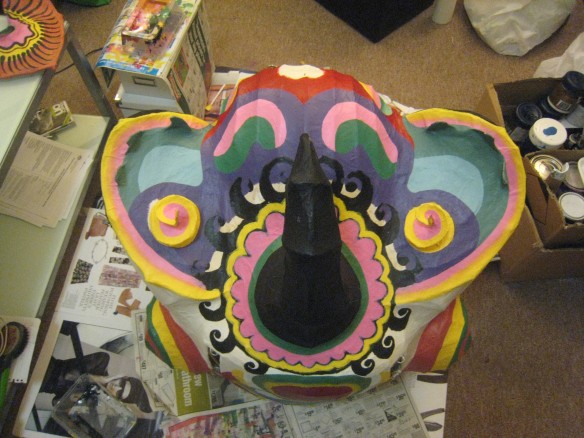 We had to improvise for the bit on the side of the eye. We ended up with a simple stripe pattern. 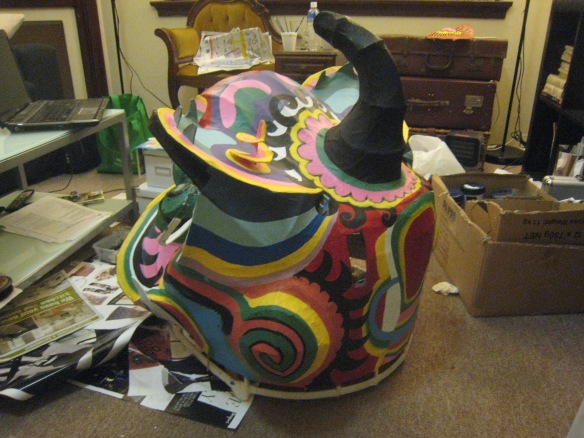 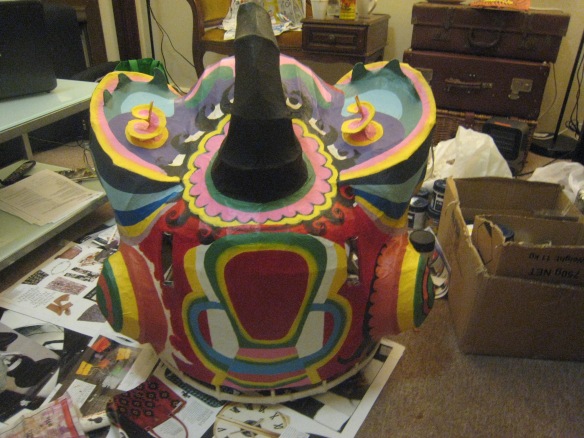 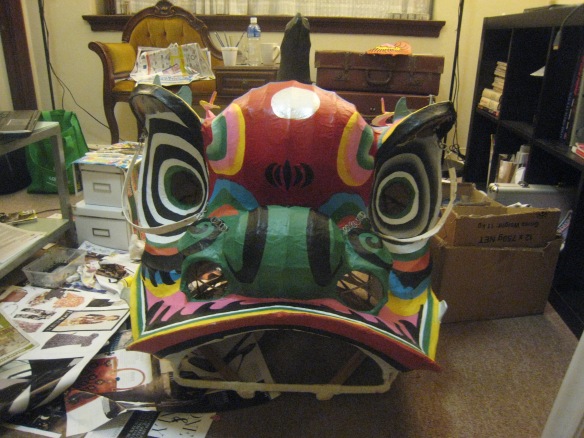