It’s been a long while since my last post.
I’ve moved houses and gone bush for a work stint hence the delay.

I’ve come home for the weekend and managed to work on the eyelids and stick on the rabbit fur. The thickness of the rabbit fur is different in the various areas of the lion. I wanted it to be as sparse as possible to give the lion’s furry bit an uneven almost unclean look. At the back of my mind as I was gluing it on was a scene early on in Jet Li’s Once Upon a Time in China part 3 when Wong Fei Hung’s father grabs a hold of one of his student’s brushes and gives him a tip on how to paint the lion heads face. His main message was along the lines of the strokes shouldn’t be too clean because no face is ever perfect or even. 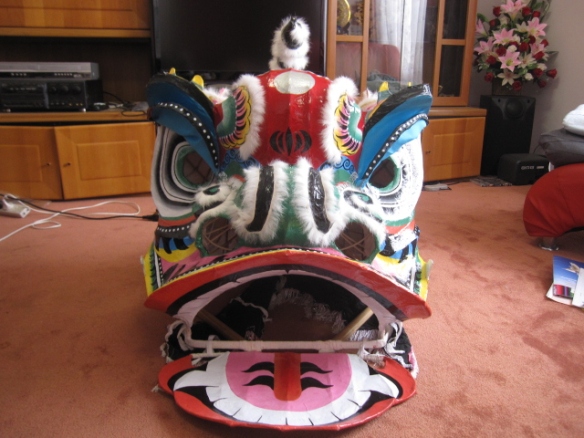 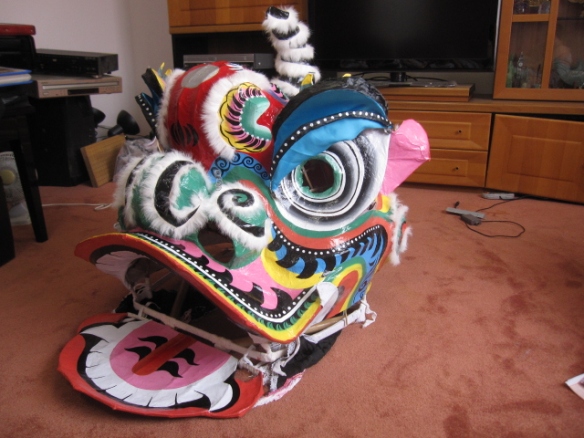 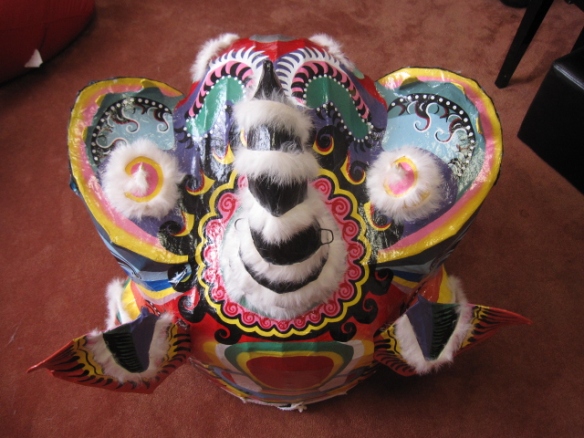 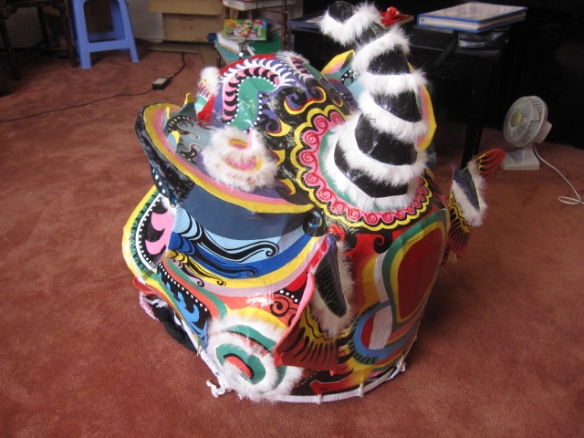